This experience shared by Nicole really resonated with me on account of my own inexplicable experiences in the West of Ireland. Experiences which continue to inspire me to this day.

Nicole shares her deeply moving account of feeling a connection to Spirit of Place. Cheers, Kitty.

Your Podcast episode on Spirit of Place spoke to me, and experiences I had on my visit to Ireland two years ago in June of 2017.

I was driving on the Slea Head Drive on Dingle peninsula. The weather on my trip had been for the most part, kind to me. There had been drizzles and a few showers, but generally pleasant weather.

This day it was raining like it meant it, water pouring from the sky with no stopping in sight. As I was driving, I noticed Clogher Head Car Park that looked over a lovely view of the ocean. I pulled over with the intention of sitting in the warm dry car and taking in the scenery and possibly poking my head out to take a few photos. 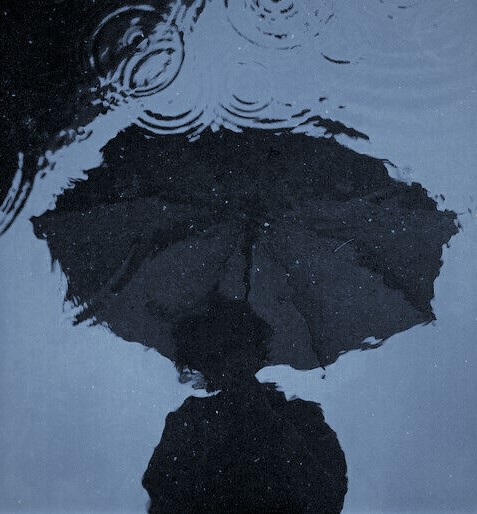 I was ready to leave, when I noticed what appeared to be a standing stone, off to the right.

I am not one who is afraid of a little rain and while I did not have rain gear, I had purchased a small inexpensive umbrella that I thought would service me well enough for a short exploratory walk.

I stepped out of the car and now realized just how hard it was raining, the west wind blowing it so hard that it made any attempt to stay dry under my poor excuse for an umbrella futile. Still, I was drawn to the stone and pressed on.

When I reached the stone, it stood about six feet tall patches of lichen adorning it. It surrounded by a litter of stones that may have at one time been a circle but now just appeared to be randomly scattered on the land.

As I was about to head back to the dry warmth of my rented car, I noticed a foot warn path leading up a hill, and even though I was already quite wet I decided to see where the path led. 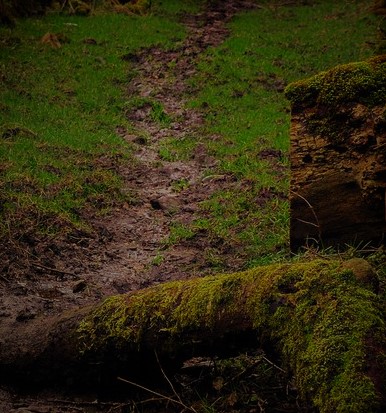 I began my walk up the hill holding my umbrella against the wind and rain with little effect. About half way up the hill, the wind suddenly shifted around and now coming from behind me. It first turned my umbrella inside out and then breaking it making it less than useless to battle the weather. Of course I thought, “Well, that is that, I should go back to the car” but the path continued to call me and I pressed on.

Those who have been on the west coast of Ireland know that the winds can be harsh on even the nicest of days, with rain for them to blow it is absolutely brutal. Small drops of water hitting you propelled by the wind turn into wet pellets shot from a gun.

The thought that I was crazy and should turn back returned to my mind over and over. Still , I kept making my way up the hill, cold and soaked to the skin. The top was in view now, and even with my goal so close, I kept thinking I should turn back.

I passed a pile of stones that I now believe was a cairn. The summit was just a short distance now and any thoughts of returning to my car had vanished. When I reached the top, I looked out over the ocean I could see the curve of the earth and felt as though I could see the whole world before me. I stood there and began to weep. I have no explanation why, nor can I fully describe the feeling that accompanied my tears.

They were not tears of joy, nor is awe, grief as close as I can come to describing what I was feeling. I stayed for a while, crying with the rain, I don’t know how long I stayed, but at some point I went back down, and sat in the car, engine running heat blasting to warm as well as dry me.

To this day I have no idea what drove me to climb that hill in what was the worst weather of my trip. I feel that the tears I shed had something to do with the cairn, and the standing stone.

I have researched the area, written to various people and agencies to find out anything about what that place may have been in the past. I can find no record of the stone or the cairn anywhere. They are not even listed on the National Monuments Service website. After two years of research, no one seems to be able to help me and I still have no idea why I was driven to climb that hill, why I wept there.

I can only guess, it was the spirit of the place.

I would be happy to hear anyone’s thoughts on this experience, if they have had similar experiences in Ireland or elsewhere or even just speculation.

This has ‘haunted’ me since and any thing that might help me understand what happened and why would be welcome.

I have attached the picture of the standing stone I mention in my story.